Praise be to the God and Father of our Lord Jesus Christ, the Father of compassion and the God of all comfort. 2 Corinthians 1:3

I woke up suffering this morning. I could blame Applebee’s; but on the other hand, no one twisted my elbow. They didn’t need to. The words slipped out of my mouth like butter, “I’ll take the Maple Walnut Blondie”.

OK, “suffering” may be a bit overstated, but on the heels of faithfully following a gluten-free diet for over six months, it hit hard. I woke up with my joints aching; from my hips, shoulders, and feet to the tiniest bones in my little finger. Suffice it to say my whole body hurt and I was sporting a headache to boot.

Self-pity set in without delay, as I looked forward to a day much different than I planned with enthusiasm and anticipation as I dove into bed last night. I put my robe back on over my day-clothes, popped an ibuprofen (rare for me), grabbed a fuzzy throw and pillow, arranged my writing tools on a TV tray and prepared to nestle into my husband’s sacred easy-chair.

Fully intending to bundle up and indulge the woe in me, I glanced through the picture window at the steady falling of large snowflakes that swirled like lace confetti over drifts already forming in the front yard.

Standing there for a moment, I was transported to a parking area under the Alaskan Way Viaduct in Seattle —a memory from a trip we took with our kids a few years ago.

It was early January and, while still wintry, Seattle was notably warmer and far less snowy than our home town in Idaho. In a moment of spontaneity, we had decided to throw our three still home-schooled children in our Durango and make the 8-hour trip west for a winter field trip. 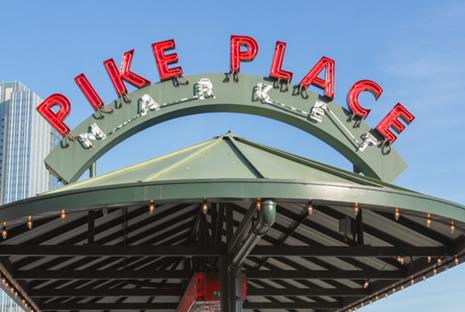 We had already paid a visit to the Seattle Aquarium, Woodland Park Zoo, and taken the Seattle Center Monorail to the shopping district. Our final day was to be spent exploring the waterfront, the highlight being a leisurely stroll through Pike Place Market.

Walking through the parking areas under the viaduct, we unexpectedly found ourselves on an up-close tour of the homeless living there. Even in a city famous for mild winters, it was still nippy enough to require gloves and a hat or scarf. But there they were, scantily clad and huddled together in their make-shift encampment on the cold pavement.

As I stared out the window, my imagination continued on a whirlwind tour to places I have only glimpsed in photographs, or witnessed through the lens of a documentary —the streets of Calcutta where the sights and sounds of infirmity overwhelmed my mind, a Nigerian slum where abject poverty peered out at me through hollow-eyes ringed in bony flesh…

Shifting my gaze back to the comforts that surrounded me on this wintry day, suddenly my “suffering” took on the fragrance of immense blessing.

Praise you, Father. Thank you for all you have given me. I am so undeserving of your favor and mercy. I love you.